Art writing and artmaking are a natural combination. Hurrell (b. 1950), who is editor of an online art debate forum called EyeContact, used to write criticism for The Press in Christchurch in the mid-eighties. As a result of that and conversations he had with Billy Apple around that time, he became interested in the parallels (and differences) between review writing and art making as methods of dispersing opinion, the similarities (and contrasts) between so-called ‘rational’ preplanning that might be applied to justify argument, and spontaneous ‘illogicality’ that might be applied to mark making or linear ‘drawing’ elements suspended in space.

The cable tie /peg basket works are conceptually related to an exhibition he organised in 1997 (Sharp ‘n Shiny: Fetishism in New Zealand Art) while curator at the Govett-Brewster Art Gallery, as well as his very early interest as a painter in grids (geometrical patterns on canvas, texts of alphabet soup letters embedded in varnish, and matrixes of black-painted mini-maps referencing place) and colour. They also indicate the presence of Don Driver and his art production involving plastic objects in New Plymouth at that time. 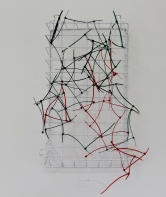 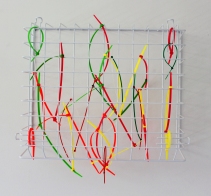 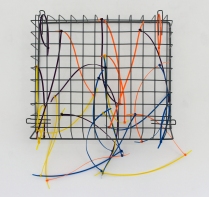 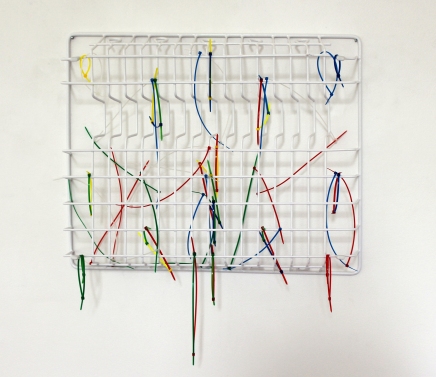 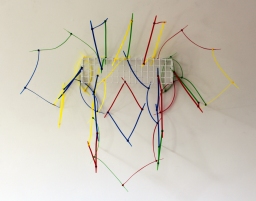 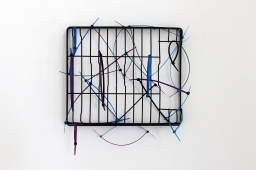 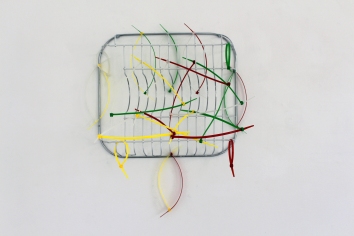 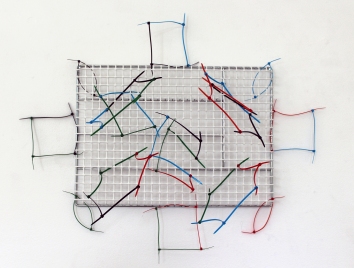 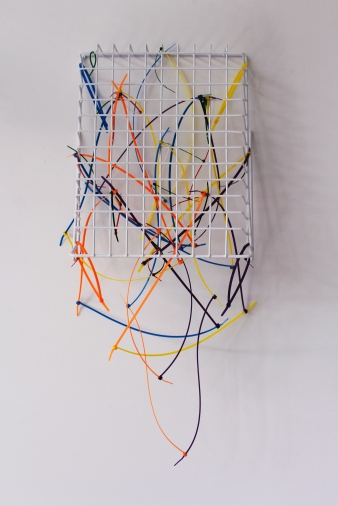 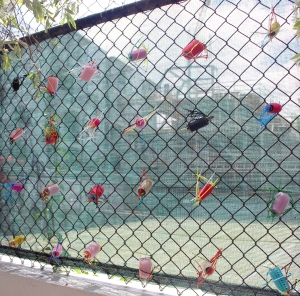 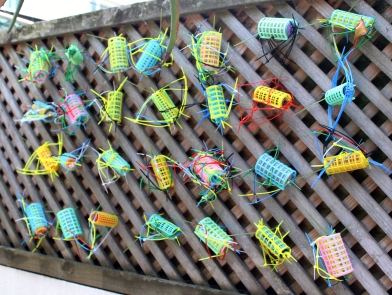 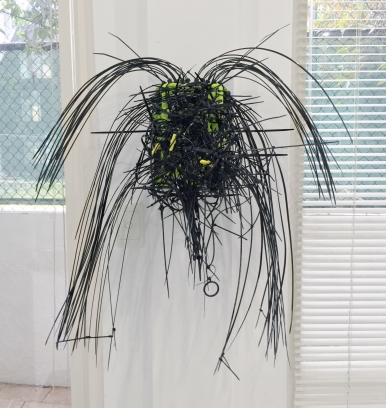 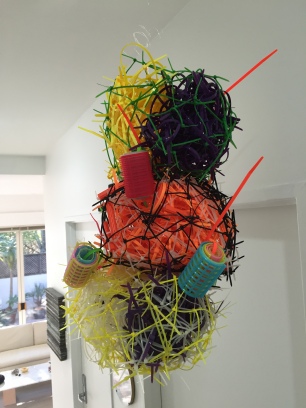 Past Exhibitions at Antoinette Godkin