With a successful career spanning over four decades, Auckland based artist Paul Hartigan has worked in a variety of media including print, photography, painting and neon. His work is consistently defined by a subversive surrealist edge and a darkly witty humour.

In the 1980s Hartigan was lured away from traditional painting methods by the energising potential of painting with neon light, deeply influenced and inspired by contemporary American practitioners, Flavin, Indiana and Sonnier.

Having establishing a distinct artistic niche Hartigan has continued over the past twenty years to produce unique and distinctive neon pieces that bridge the gap between sculpture and lighting design. In addition to domestic-sized neon works, he has also completed a number of arresting, large-scale public neon commissions. These works include the dramatic orange monochrome neon Colony from 2004 that can be seen arching across the front concrete curvature of the Engineering building on Symonds Street, commissioned by the University of Auckland, as well the earlier animated work Nebula Orion that used neon lighting for Orion NZ Ltd in central Christchurch.

These grand installations aptly demonstrate both Hartigan’s adept artistic vision and the flexibility of the neon medium, as well as highlighting the ethereal quality of the light produced, which adds a captivating and enchanting dimension to Hartigan’s works whether they are placed in private or public settings. 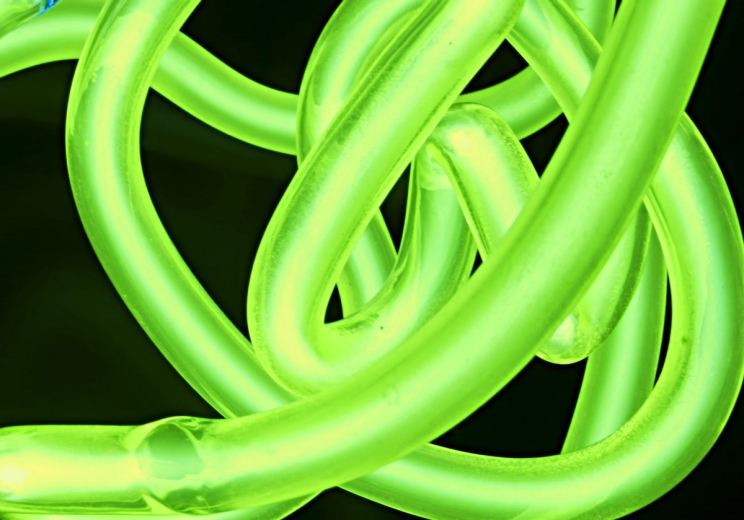